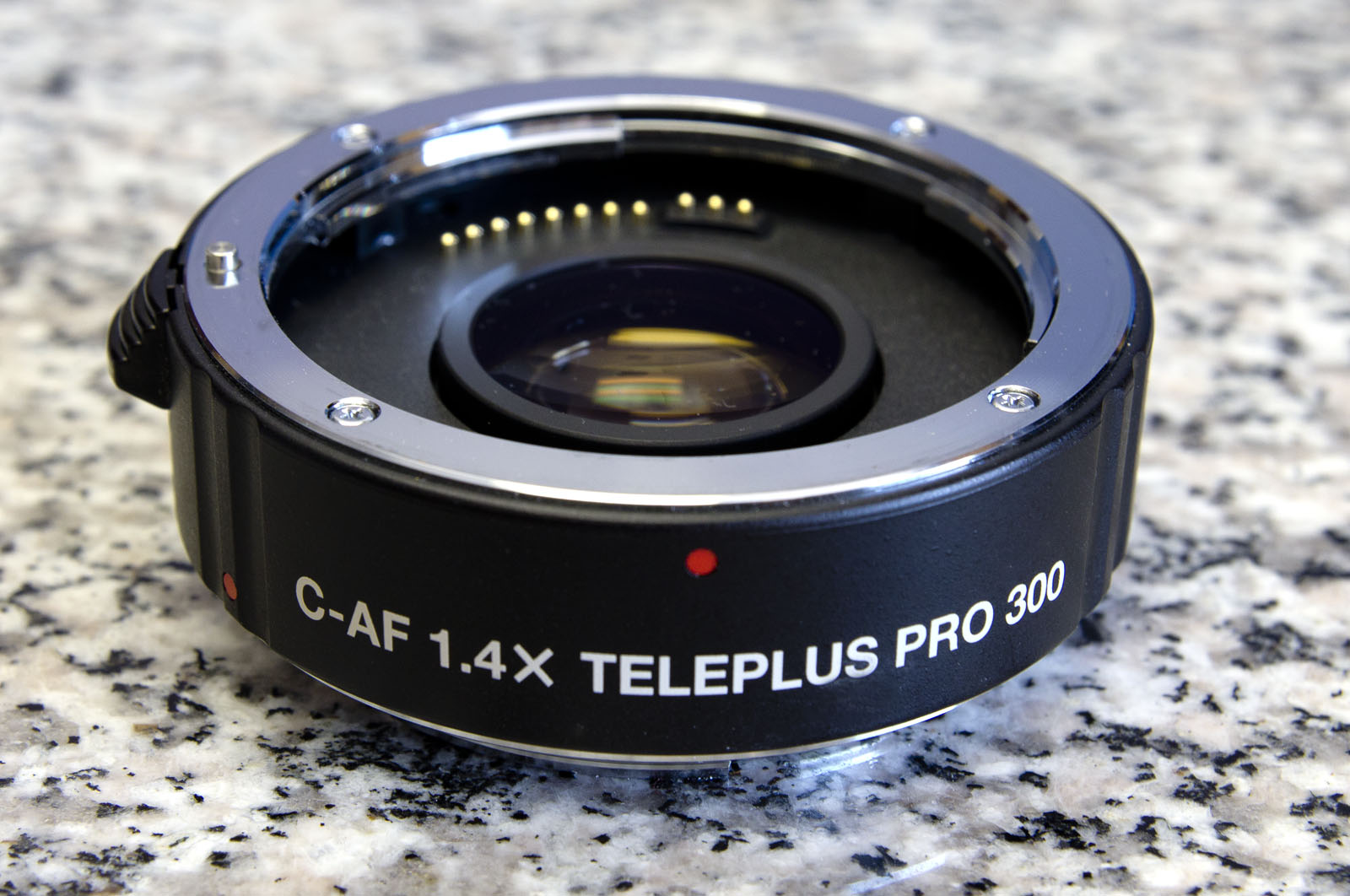 I know I never seem to have a long enough lens, even with a 400mm monster in my case. My next shorter lens is a 70-200 2.8 Tamron, which again I always seem to want a little more reach with. Enter the 1.4X converter. this turns 200mm into 280mm of reach. The trade off is a 1 stop light loss, and some image degradation according to the pixel peepers.
Now you’ve probably never heard of Kenko, or at best passed the name by as some low quality brand. The fact is the converter appears to be identical to the Tamron converter except in color and price. A number of still shooter sites had good things to say about the Kenko, but of course until you have a unit in hand, you never know.
There are at least 3 versions of Kenko’s 1.4 Converter. The newest model is the Kenko C-AF 1.4X DGX Pro 300 converter version which is a 7 element converter.  This is the top of the line unit, with a price to match. There is an older DG model, and there is a the MC4 model which is a 4 element version which is about $110 cheaper. The DGX and DG are 7 element converters which offer better quality and ideally the one you want.

The Kenko is a nice small compact unit. You can easily carry it in your pocket for when you need to travel light and fast, but could use some extra reach. It has a full set of contacts to pass thru lens control to the camera body. With several lenses I tried, it also seems to add exposure compensation so that a mounted 2.8 lens will read 4.0. This is a very cool feature to have, especially for shooting stills. Autofocus works when shooting stills.  I won’t offer any comments on focus speed and accuracy because its not something I’ve used very much so far. When shooting video I’d never be using AF even if it was an option. The converter does work provided the lens you put on doesn’t put you below 5.6 where the AF system won’t work. 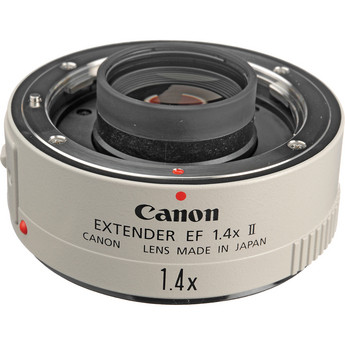 The canon converter as I mentioned only works with longer lenses, but the Kenko will work on anything you can mount to it. I’ve used my Tamron 17-50 2.8 on it with success creating a 24-70 F4 lens. The Tamron 17-50 2.8 also continued to have its super close focusing as well. This is so handy when you need a little more reach and can live with the light loss of 1 stop. With the converter my 50 1.4 OM is now a 70 F2.0. Kenko does recommend using the converter on longer lenses only, but the bottom line is if it works and the image quality is ok, who cares.
The canon 1.4X extender of excellent optical quality has a serious limitation :  its front element sticks out past the front of the lens mount. It is really only designed to work with long canon glass like the 300 2.8, 70-200 2.8 and bigger. If you wanted to get about 70mm from your 50mm by adding the extender, well thats not happening. With the canon they just won’t fit together without hitting glass elements each other, thats if they would even mount together at all. Its a bit surprising that canon has not changed this design with a model III unit, but I guess they wanted the absolute best performance with their long lenses. Just as note, the canon comes in model II and model ( more expensive ) III.  Maybe if you are a working pro photog competing with 20 other shooters to sell the same shot, the ( I’m sure ) every so slightly sharper canon might possibly be your edge… except 15 of the other shooters probably have one too. I don’t have a canon 800mm L lens here to see if it that makes a difference either, but if you can afford one of those lenses, then this extender isn’t even sales tax on the big lens. 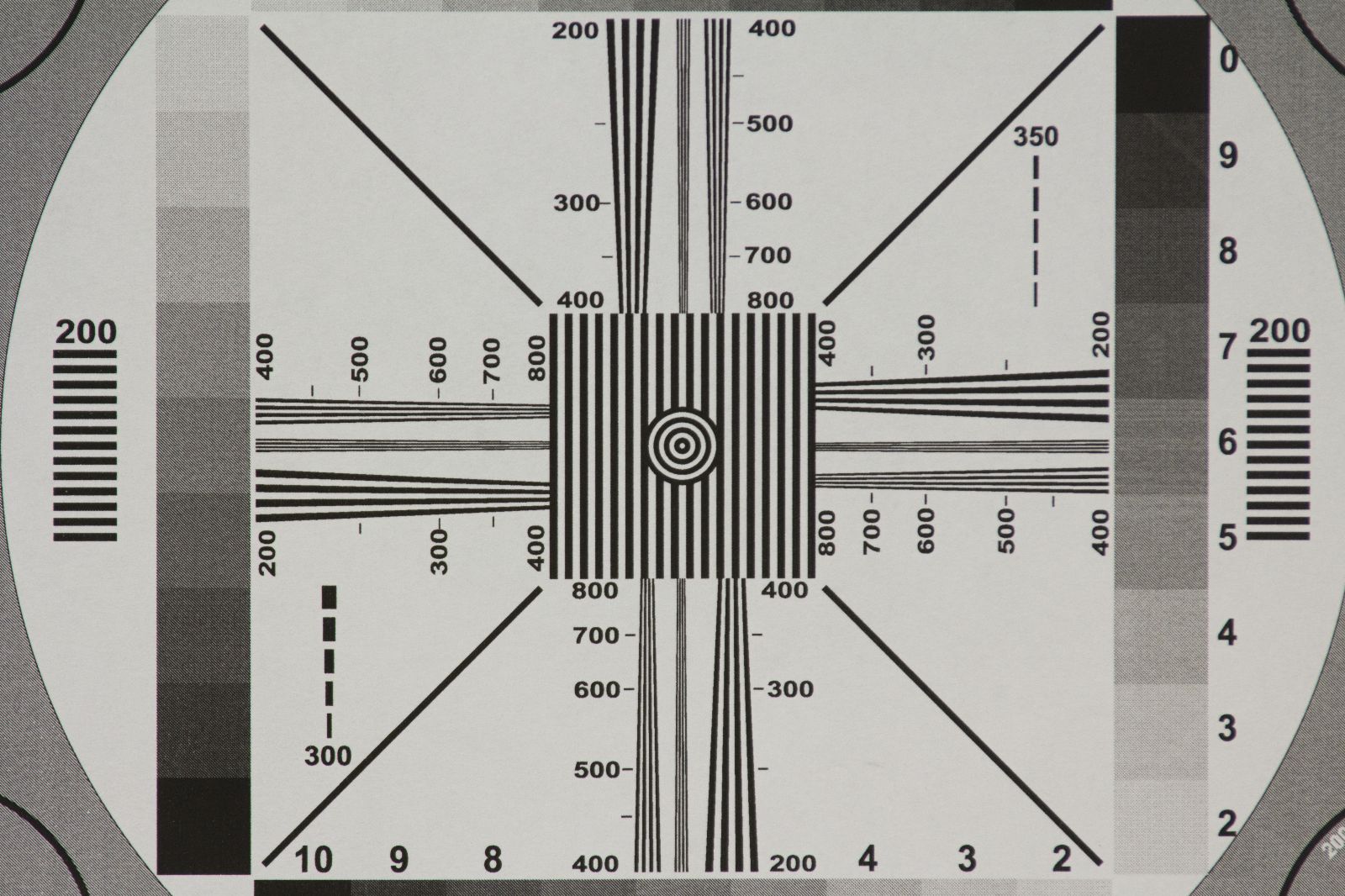 Tamron 70-200 2.8 @ F4 + Kenko 1.4X DGX TelePlus Pro 300 – click on image for larger version
Alright, this is the question that got you to read this  most likely, so lets get to it !
The optical quality of the Kenko is dead on awesome. With my tests, both stills and video, there was no way to tell it was in use. Maybe this means I needed to test harder to see the difference that should be there. I shot my tests with a Tamron 70-200 2.8 which is an excellent optical performer on par with the canon 70-200 2.8L II. I have no question that using this unit is not doing any harm to your image sharpness that anyone will even see including the even the pixel peepers. Well that is to say unless all you do is shoot resolution charts all day long perfectly. My image chart tests revealed nothing, or should I say no noticeable loss when shooting with a 60D. This is a crop sensor camera so its using the best part of the converter’s image. You MIGHT find a 5D there is some softness on the edges, or not.
My test results where consistent in both shooting stills and video of test charts.
Shooting some real world video on real shoots, the 1.4X performed perfectly. The shots I got from it I could not tell were taken with the converter, it except I already new. With some lenses, you may need to open them up a stop since not all lenses will talk to the camera body thru the converter correctly. Most of my lenses did ok.
All the online reviews I read put this right up against the canon for image quality, except of course the canon costs a good deal more. I’m going to say yes its true this is a great converter that will keep even the very picky happy.

This is the slippery slope where it gets more interesting. One thing I found is that when using a zoom like the 17-50 Tamron, focus changed between focal lengths. If I focused at 50mm, then pulled back to 35 or 24, the image got soft. I had to refocus at that focal length. This isn’t the end of the world, but it is something have drilled into your head when shooting in fast moving situations – focus focus focus ! Don’t zoom in focus and then pull back with the converter mounted, you have to use the camera’s image zoom function to check critical focus.
I also found the 70-200 also exhibited this quirk. Its not the end of the world, but it is something to be on your toes about.

Are there any downsides to this unit ? Well all 1.4X converters cause a 1 stop light loss, so I can’t complain here. There is probably one thing I will complain about, and its the front lens mount on the converter. When a lens is mounted to the converter, there can by a little bit of play in the mount. The mounted lens may have some wiggle. Its very small, but its there. This wiggle so far has not caused me any problems that I can tell, and may represent the only thing there the canon might beat this one out. I think this is a minor problem for the cost vs the great optical quality of the unit.
UPDATE : 5 or is it 7 years later I still have this converter in use when I need a little more reach.
« Opteka Extension Tubes» Samyang / Rokinon / Vivitar / Bower 35 1.4 Lens Review : UPDATED