Once There Was Analog Video Gear In HD, A Look Back 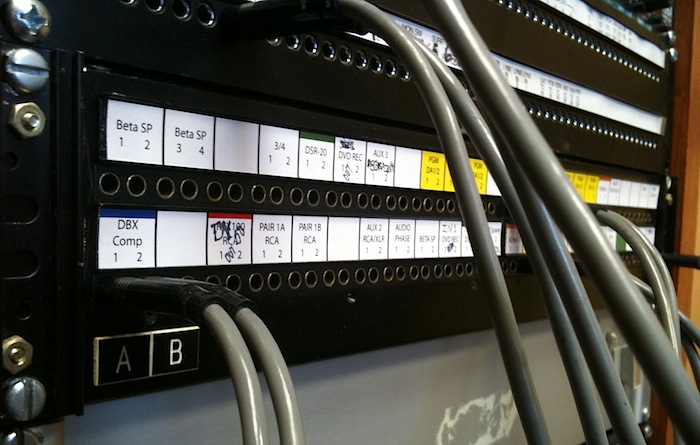 Looking at all this analog gear, and its complexities makes everything digital almost seem simpler, as long as it works.
I’m pulling gear out we thought would work longer then it has. Goodbye Beta SP ! I certainly don’t remember the last time I actually recorded an edit or even dub out to the format. Two years or so ago I went through a massive digitize thing where all beta SP tapes went to hard drive in ProRes. I haven’t used that deck since although with moving things around I’ve found maybe a couple more tapes I need to run thru and thats it.
There was a time when I could put 5 or 6 machines into record at once and make multiformat masters complete with matching TC.  These days even the local TVS’s are taking spots in some digital form – video DVD’s or finally actual QT files on disc or FTP.  So the need for all this stuff is pretty much gone.
I’m trying to figure out what last bits still count – 5.1 for analog outs to speakers for SRS mixing, maybe 1 composite line to feed scopes. Thats about it. We are building a small back room area for capturing the last beta SP, DV and HDV via FW. That setup is going to pretty much be just wires straight from the VTR into the MXO2. No need to route that or patch it thru to other rooms. We’ll capture on this one system and push the files onto the NAS and use them from there. 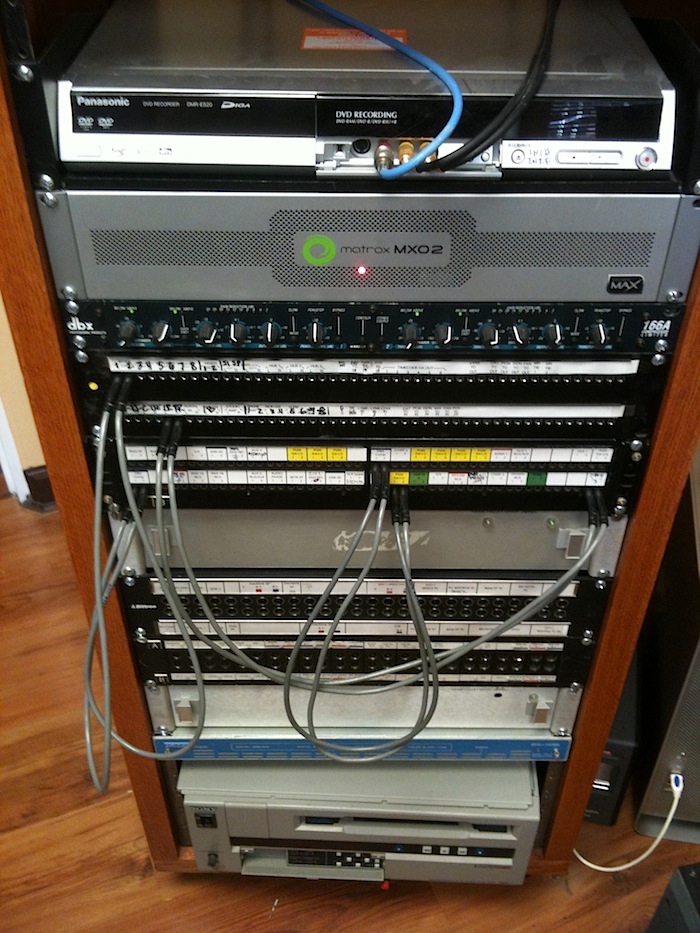 There is is some need to make the occasional TC burn from a HDV tape, but even that is fading away. When I can use the MAX encoder to turn out h264’s 5X faster then real time for SD with TC burned in, I’m not going to waste time running tape. I”ll still bill per running hour for TC burns, but it will be very different. Capture tape into computer which you have to do anyway, apply TC filter, encode, burn to DVD or push it up to our server for the client to view on whatever device they want. With tapeless formats, copy the card contents, drop into the NLE, and its done even faster.
Do I miss analog ? no so much. Ok I’ll admit a 1″ machine running, or even better yet shuttling at 50X with 2hr reels is quite impressive ( and dangerous ! ) but really I don’t miss the crankiness of that gear at all.
Well this shot was this morning. Tonite, most of this has been taken apart and I’m wondering whats worth messing with. I”m pretty sure I may well rip this all apart, maybe use one patch bay for audio and video and the other two will go away. Its just redundant for the most part. With SDI its just one wire instead of 3 video ( YUV ) + 2 audio lines.  Any of the Y/C connections at this point are pretty much useless too.
I have a stack of Y/C ( SVHS ) connector to BNC break out cables if anyone wants them !
I have LOTS of cable. There is something like 400ft of audio cable in this rack ! Here are some ends that run out to speakers that I pulled back to transport everything. 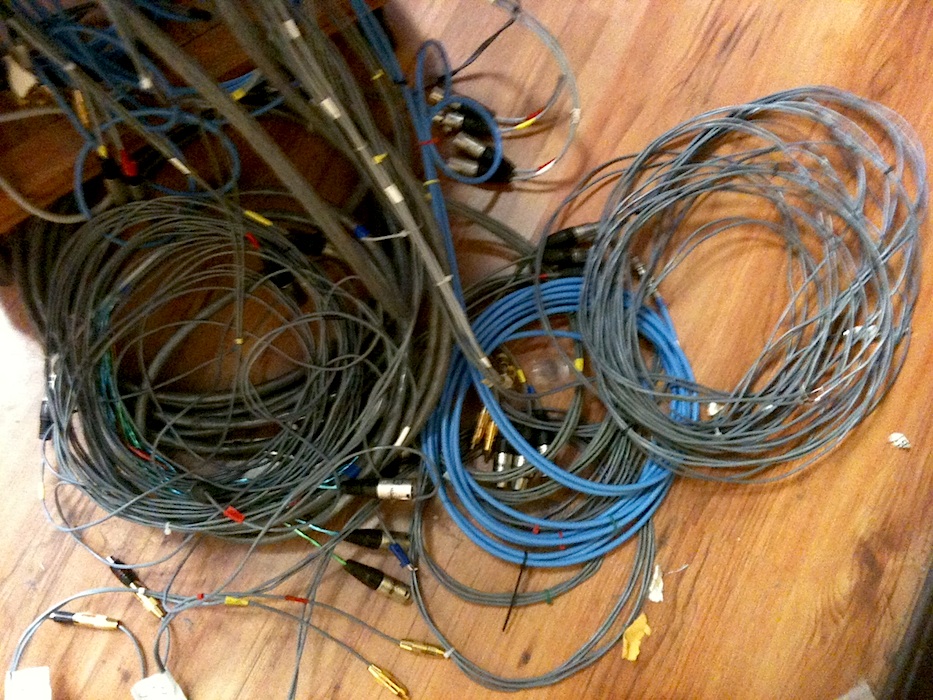